I took sooo many pictures in Warsaw ... something like 1,100 photos in 5 days. o_O What are you gonna do ... there was so much to photograph and I have an 8 giga memory card. There's no stopping me. :-) But the result is that there are too many pictures for my little blog ... I mean, at this rate I'll never get around to finishing the trip to Egypt ... so I've decided to just put up a series of Warsaw 2009 posts with some of the best pictures and some brief explanations, and not go into a lot of detail. (Yeah, right. >:-) Let's see how that works out.

Stare Miasto, the Old Town, was my favorite part of the city. A maze of narrow cobbled streets, little galleries, pretty restaurants, lovely houses ... so many gorgeous buildings with wonderful details, and a relaxed street life. I really liked it there. It's also very impressive, because it isn't actually old ... it's only about 60 years old. Warsaw was terribly damaged in WWII, and Stare Miasto perhaps worst of all. It was completely in ruins in 1945. We saw a number of pictures and really, the damage was enormous. In the early 1950s, however, it was rebuilt ... in only three years, and with no help whatsoever from the authorities. :-o The Communist government refused to contribute to the reconstruction, and it was carried out entirely on resources collected from Poles at home and abroad. An amazing feat by the Polish people. Seeing the city now it's amazing to think that it was in ruins only a few decades ago.

The square in front of the Royal Castle, on the outskirts of the Old Town. The Sigismund Pillar in the center. 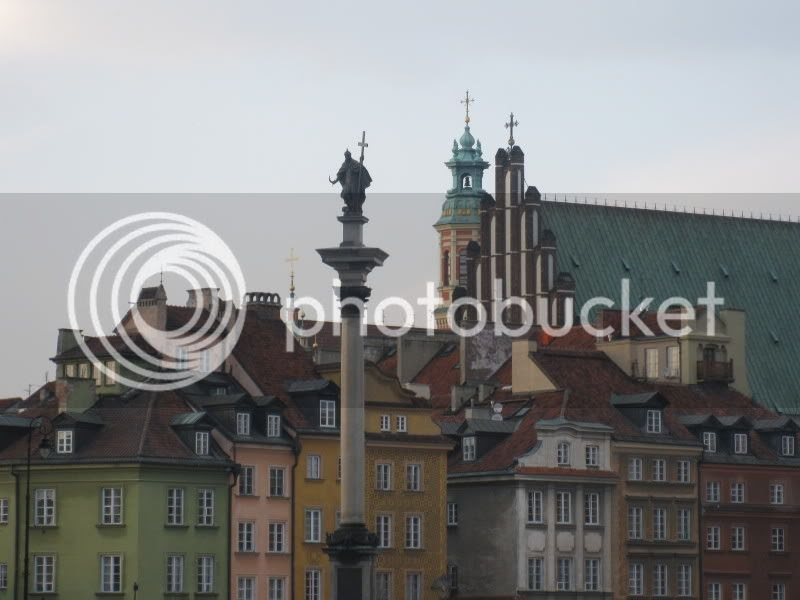 The statue of King Sigismund III Vasa (yes, he was one of those Vasas) on top of his pillar. V. famous monument. 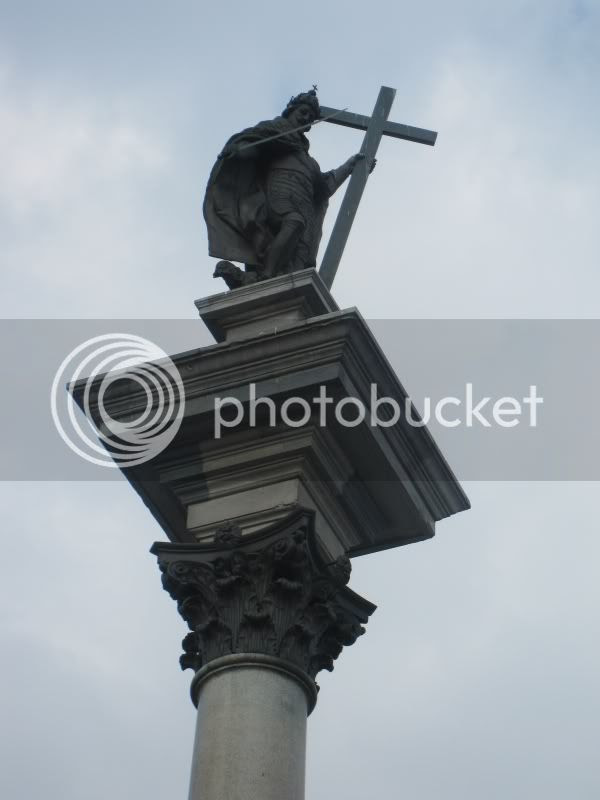 The pillar again with the Royal Castle to the right. 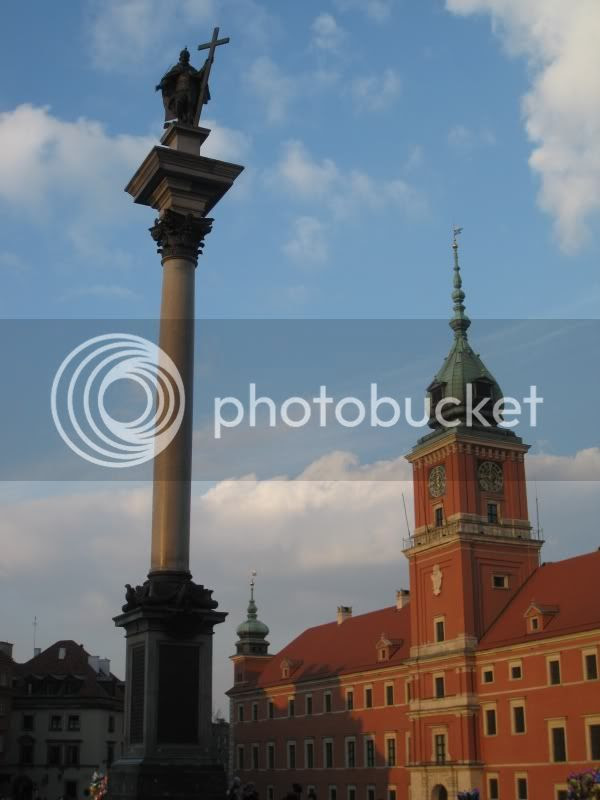 A street leading down to the square ... with the Royal Castle at the end of the street. 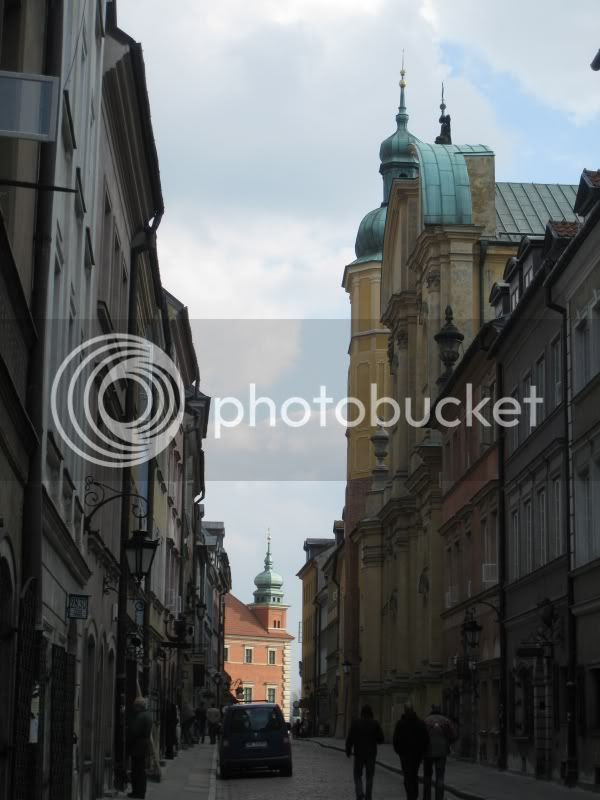 An amazing clock, complete with glockenspiel, on the side of a building on the outskirts on the Old Town. I never found out the why & wherefore of this clock, but I love it. :-) See the signs of the zodiac, and the phases of the moon?? Kewl. :-) 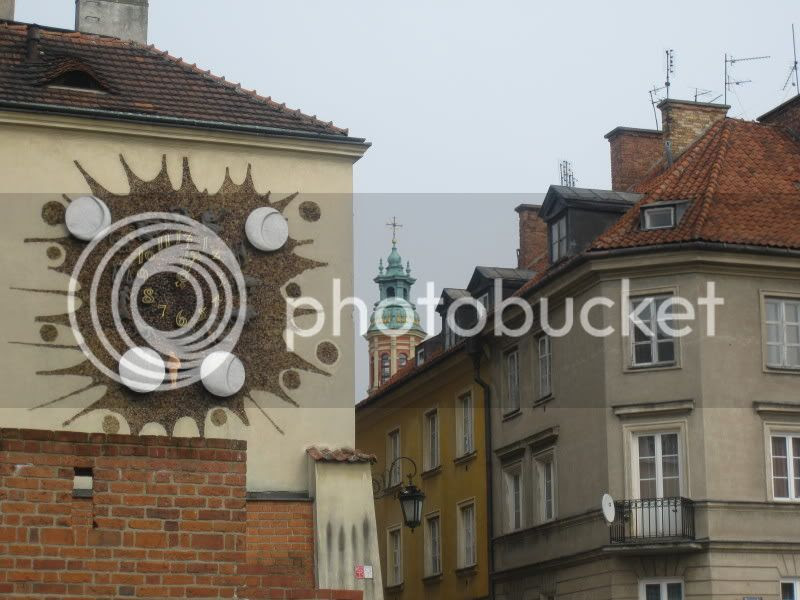 The big square again ... with the beautiful colorful facades, and the Royal Palace, and a biker gang. :-D 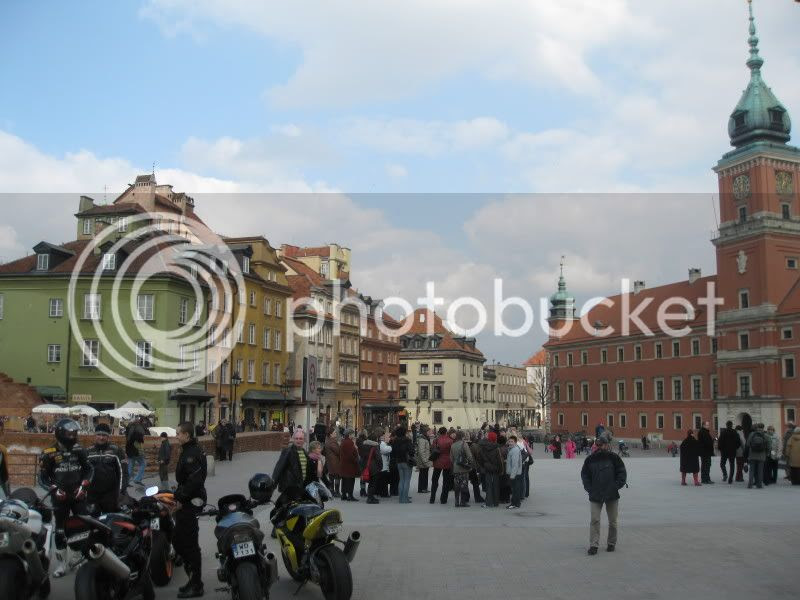 A street ... the side of the Palace to the left. 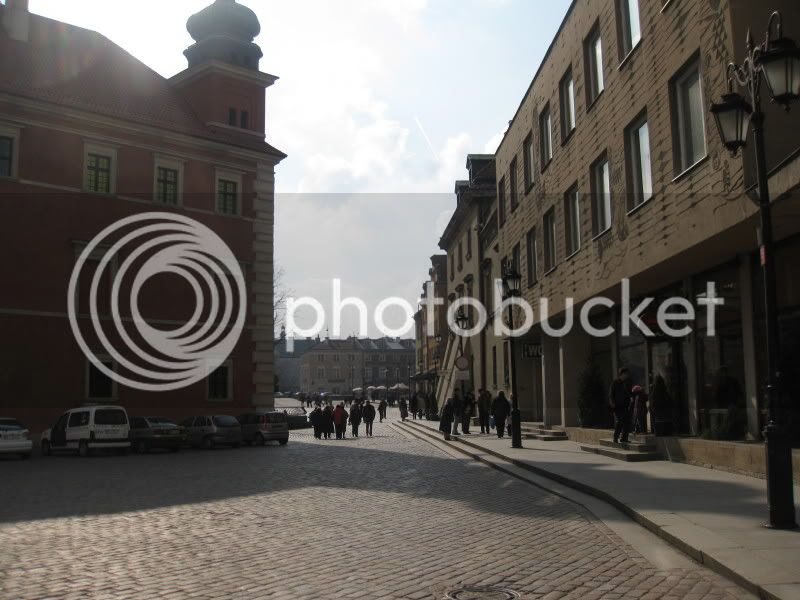 Another street and pretty square. There were lots of priests around just there ... and I got three of them in this picture. :-) The woman in the black coat and red scarf is my mother. 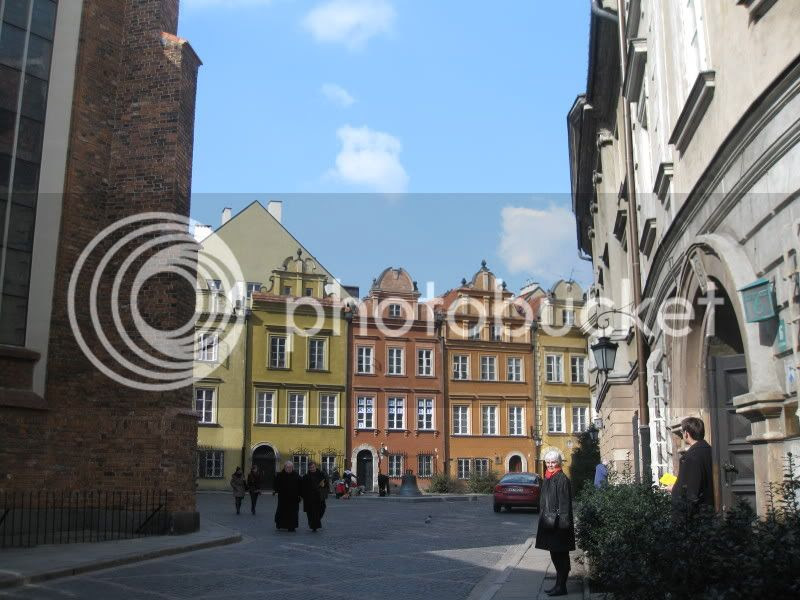 Yet another pretty street, and my mother walking down it. 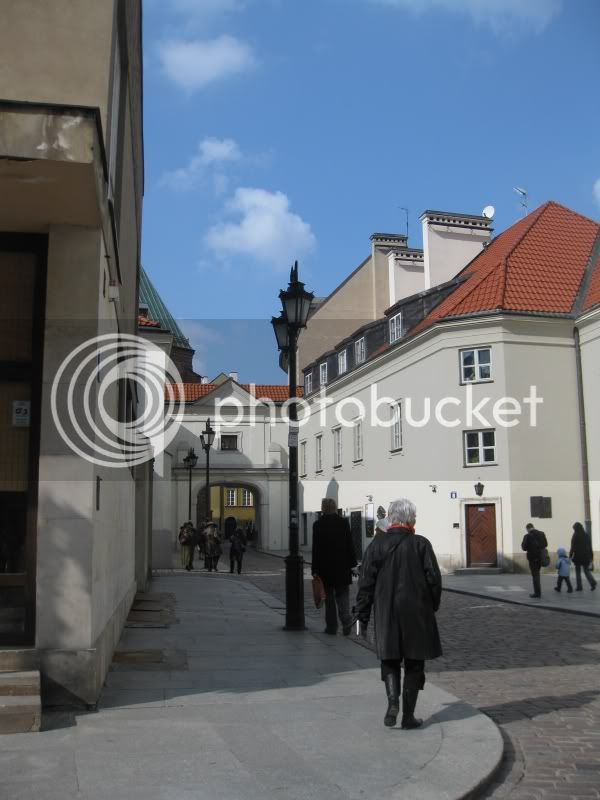 The facade of the Church of the Decapitation of St John the Baptist. Charming. 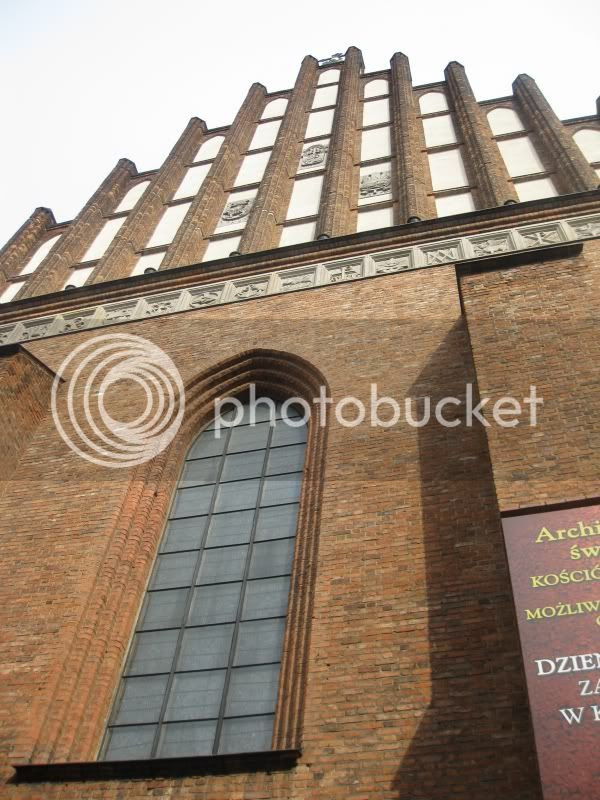 Thanks. It was a lovely place, I really recommend it. :-) There were lots of great restaurants too, with cheap food and drink. ;-)

It looks so clean!

It was! Hardly any litter. Compared to Oslo it was very neat and tidy. There was some grafitti but not a lot. The streets were very neat and clean.

Quite impressive as it is a big city - the 8th biggest in Europe.