I was going to just write a lot today too, but then I figured that maybe it's time for some pictures, actually, after that long post yesterday. :-) So today's post will just be a bunch of pictures of my little four-legged friends on excursions to our front lawn. These were taken on two different occasions this month. I wonder how many pictures I've taken of the little guys over the three years that I've had them? No, scratch that, I don't want to know ... ;-) 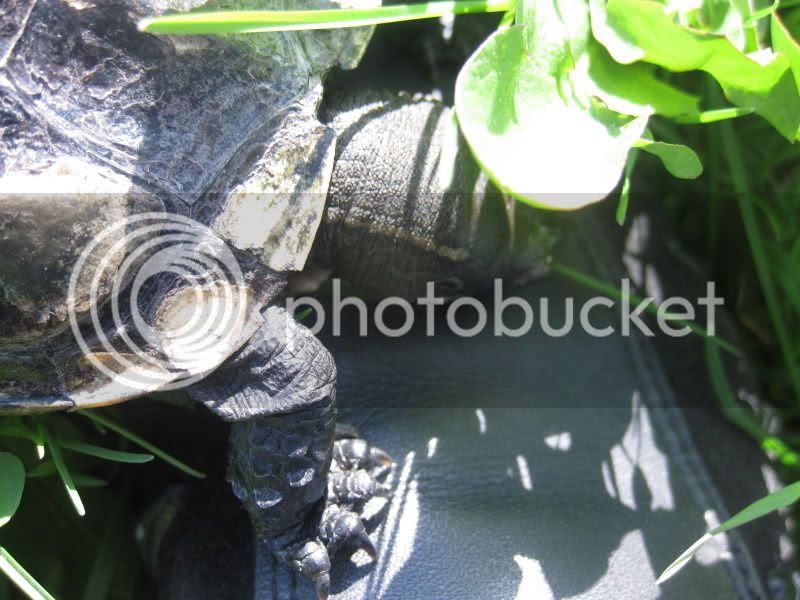 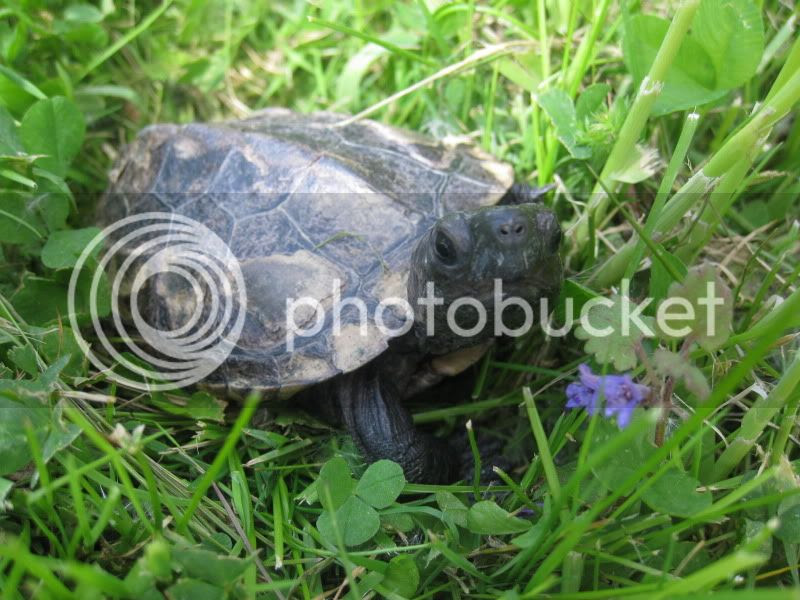 There were lots of seeds in the air today ... I guess they must have been dandelion seeds, although it seems pretty early for that, so I don't know. Herman walked into a tangle of them, and was not happy to get them in his eyes. 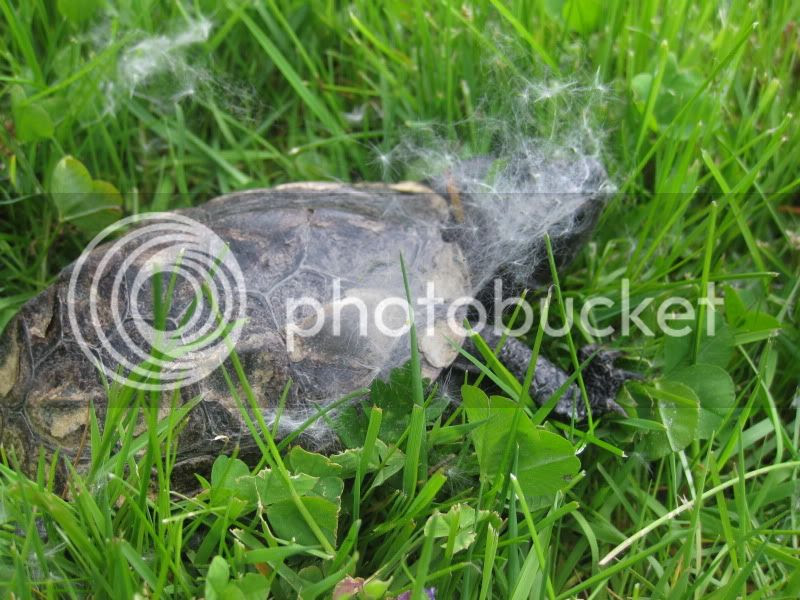 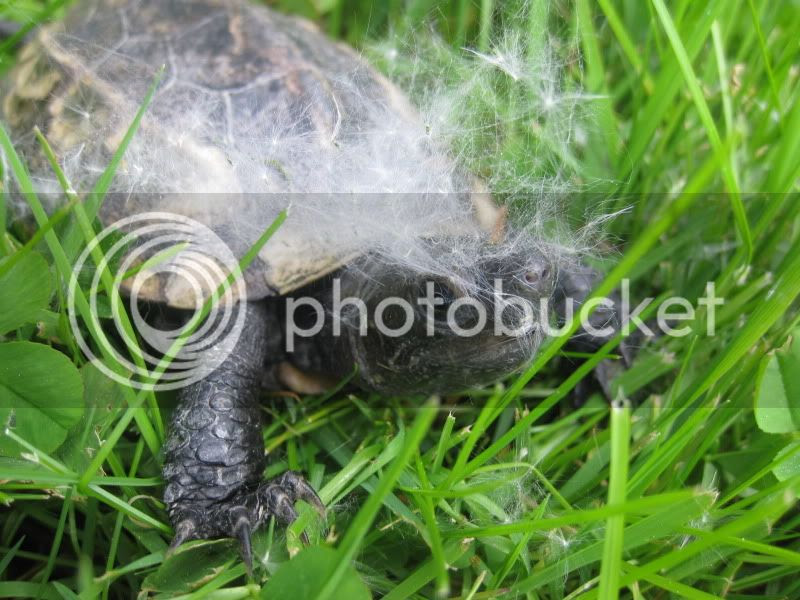 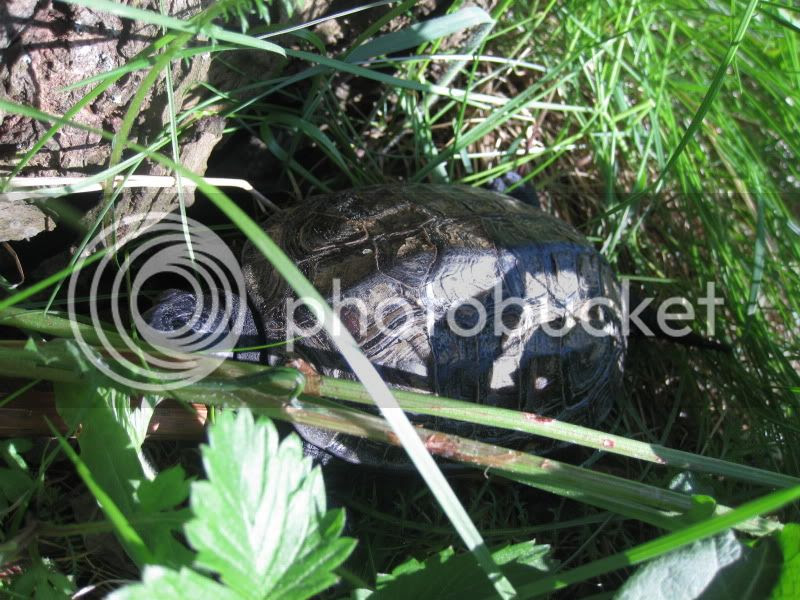 Making his way through the plant life. 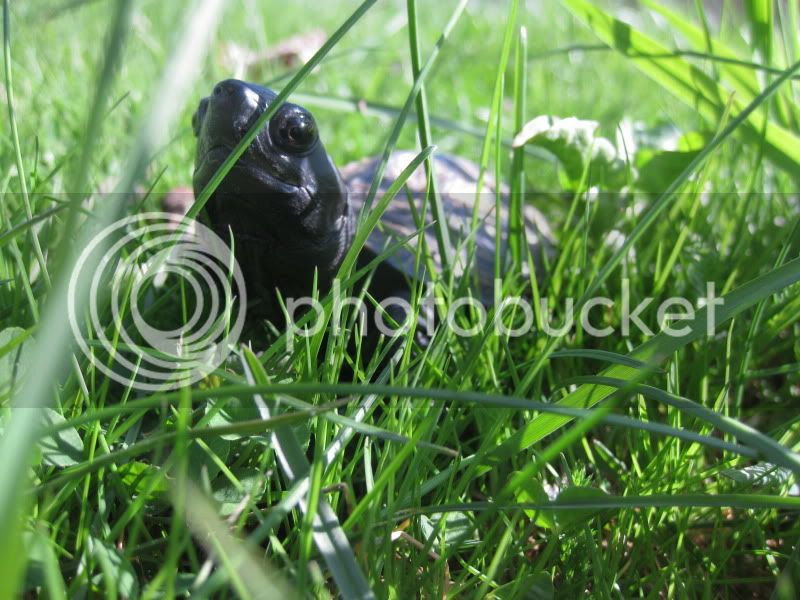 Those dandelions didn't seem that big before I plopped Henrik down in the middle of them. 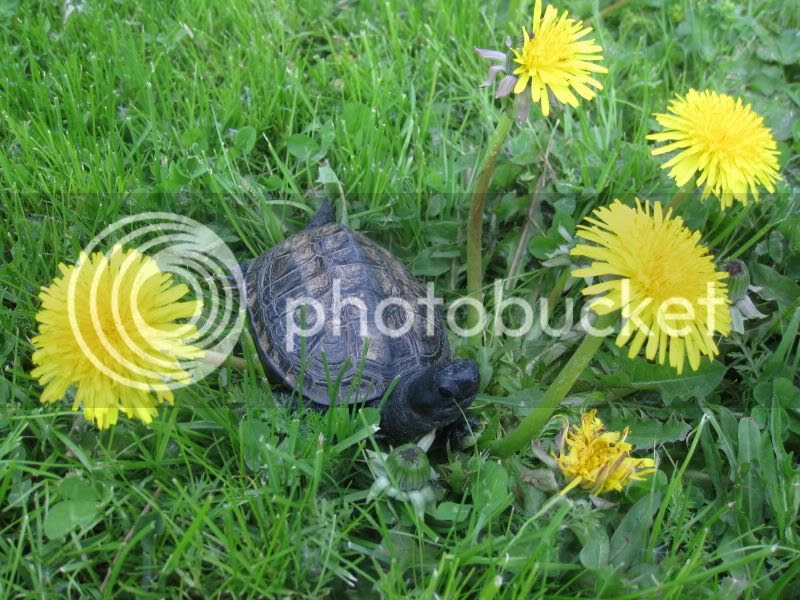 Peeping around the corner. 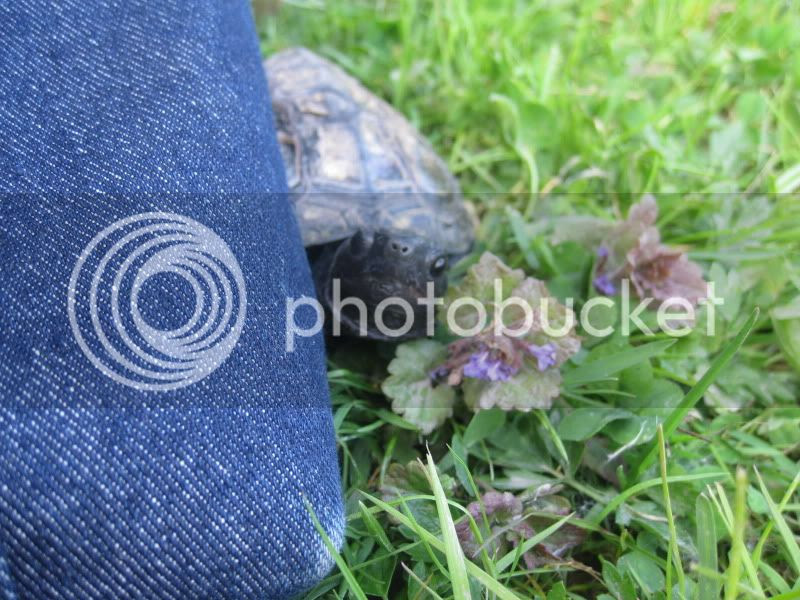 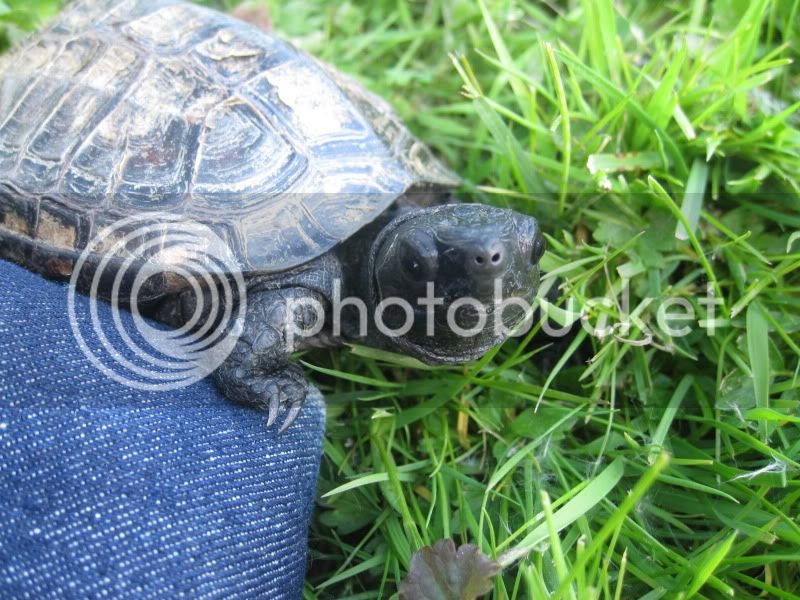 Raphael dusted with a little pollen from walking in the grass. 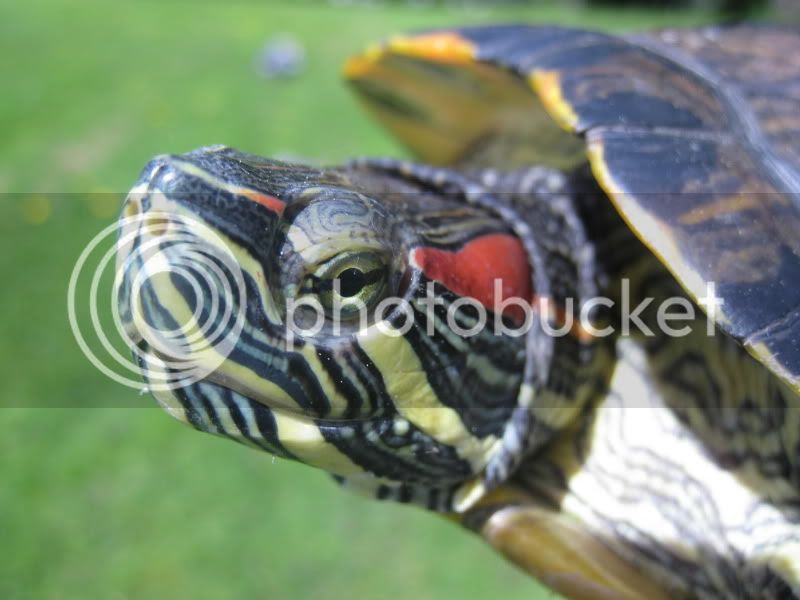 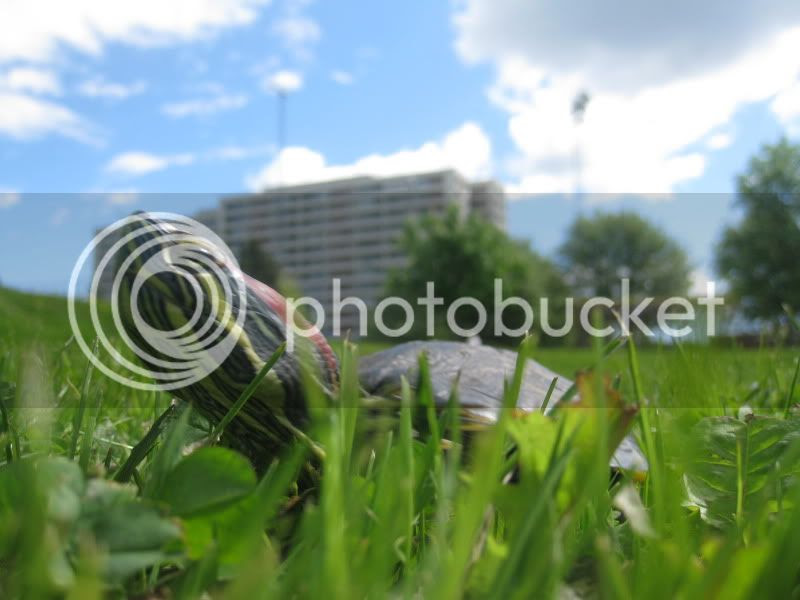 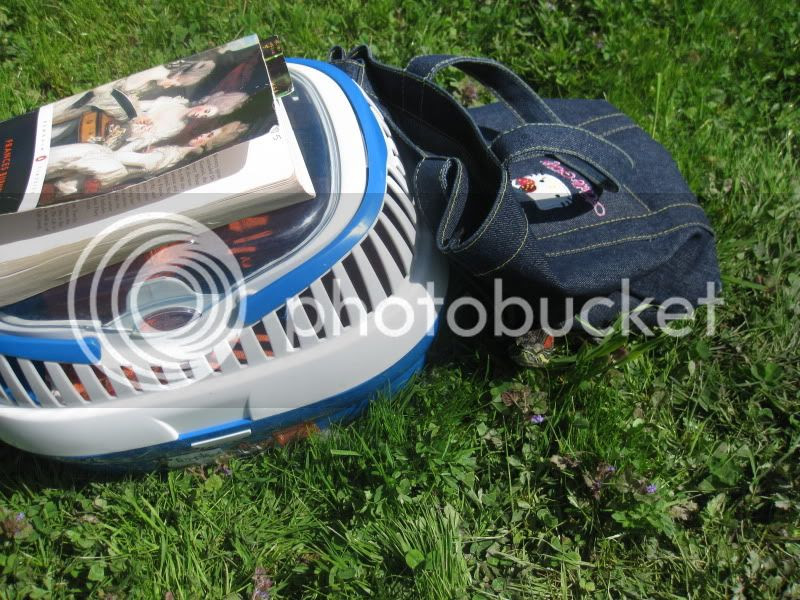 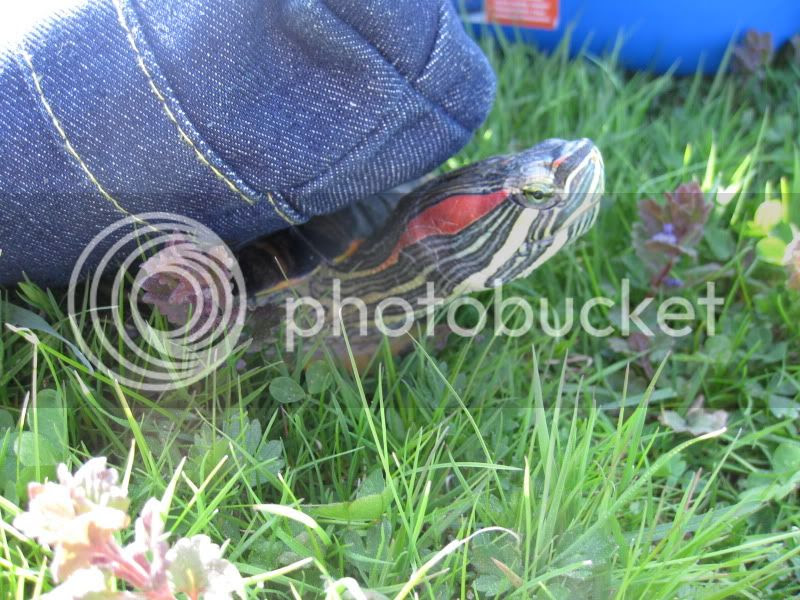 Aw, look at his little mustache-looking thing that he's got there. :-D 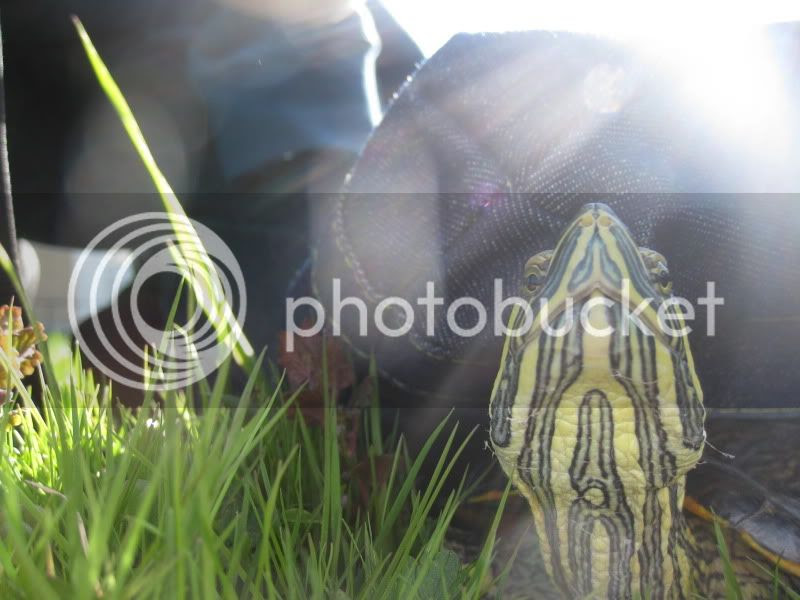 In other news, today is kind of a date to remember for me. It's 20 years since I got my dog. My first and so far only dog ... and since I'm quite allergic to them she may well have been the first and last. :-( She was a wonderful dog though. Her name was Ronja and she was just so sweet and good-tempered and adorable. She died in September 2001, when she was twelve and a half years old. I still miss her every now and then. My little sweetie. :-) Here's a picture of us together that my friend M. took. Aw, my little doggie ... :-) 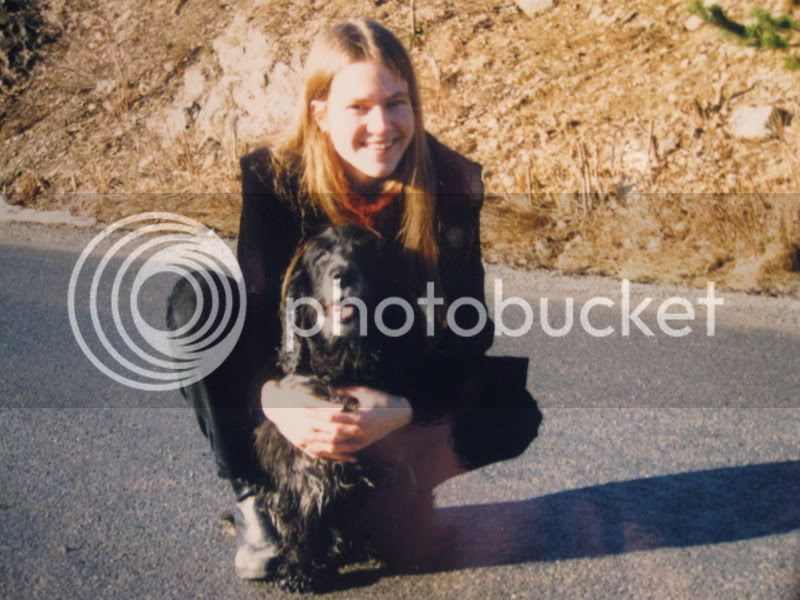 No, I think it's best you don't do an inventory of turtle pictures *lol* They are so adorable, though, so I can see why they are such a frequent photo subject ;o)

Great pic of you and Ronja!

In other words, not dandelion seeds ;-)

KAS, yeah, I know they're not dandelion seeds and that they are from trees. I think maybe from alder trees? Or på norsk? Det er i hvert fall utrolig mye av det akkurat nå.

Thanks! i truly enjoyed those pictures. I remember going on vacation to la Ceiba, Honduras, my grandparents had 4 small turtles that would roam freely in the yard. We, as kids, had so much fun with them...giving them pieces of tortillas and their favorite: mangos and guanabanas! Thanks for bringing back memories...

José-Roberto: thanks for sharing your childhood memories! :-) I'm glad I could bring them back for you. Turtles are wonderful animals, so much more responsive than most people give them credit for. In this country they're quite rare as pets and most people know little or nothing about them. They're great animals though, lots of personality. :-)